PACS DFIDs Social media caravan initiative was to highlight struggles and success of communities fighting discrimination and gain access to entitlements.The Poorest Areas Civil Society (PACS) programme is a seven-state initiative focused on addressing discrimination and exclusion to bridge the gap that exists between the poorest from the socially excluded communities and rest of the population.
We as photographers tried  to capture the community voices & their struggles to end discrimination and also debated in social media  the issue of  inclusion for addressing poverty and inequality in India. 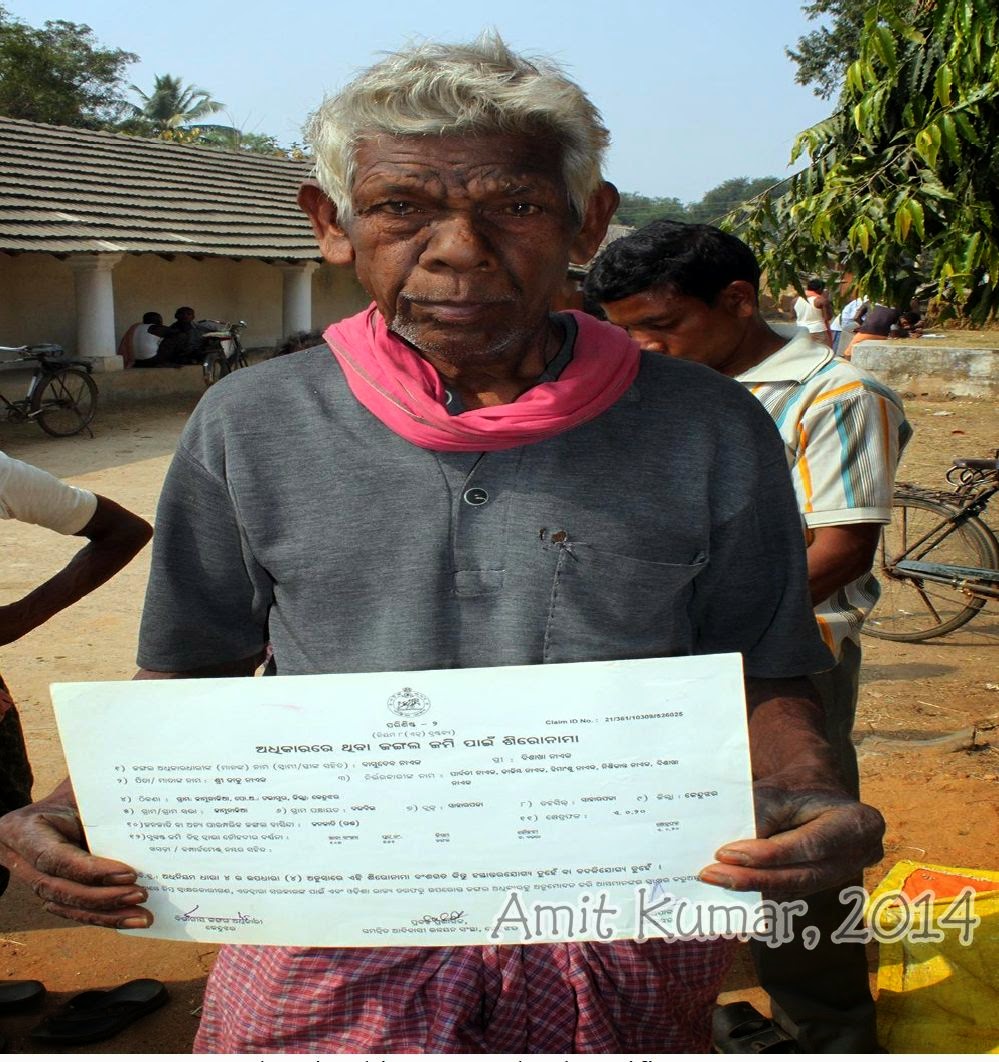 A man showing his Patta or land certificate from Jamunaliya village in Badbil Panchayat of Mayurbhanj District,Odisha

The Forest Right Committees(FRCs) addresses the needs & priorties of Tribals and other forest-dwelling communities who have strong connection & interdependence with forest resources.Earlier People with unrecorded rights were treated as intruders, encroachers, and an enemy of the forest and wildlife but now FRCs are recognising their rights on forest land. 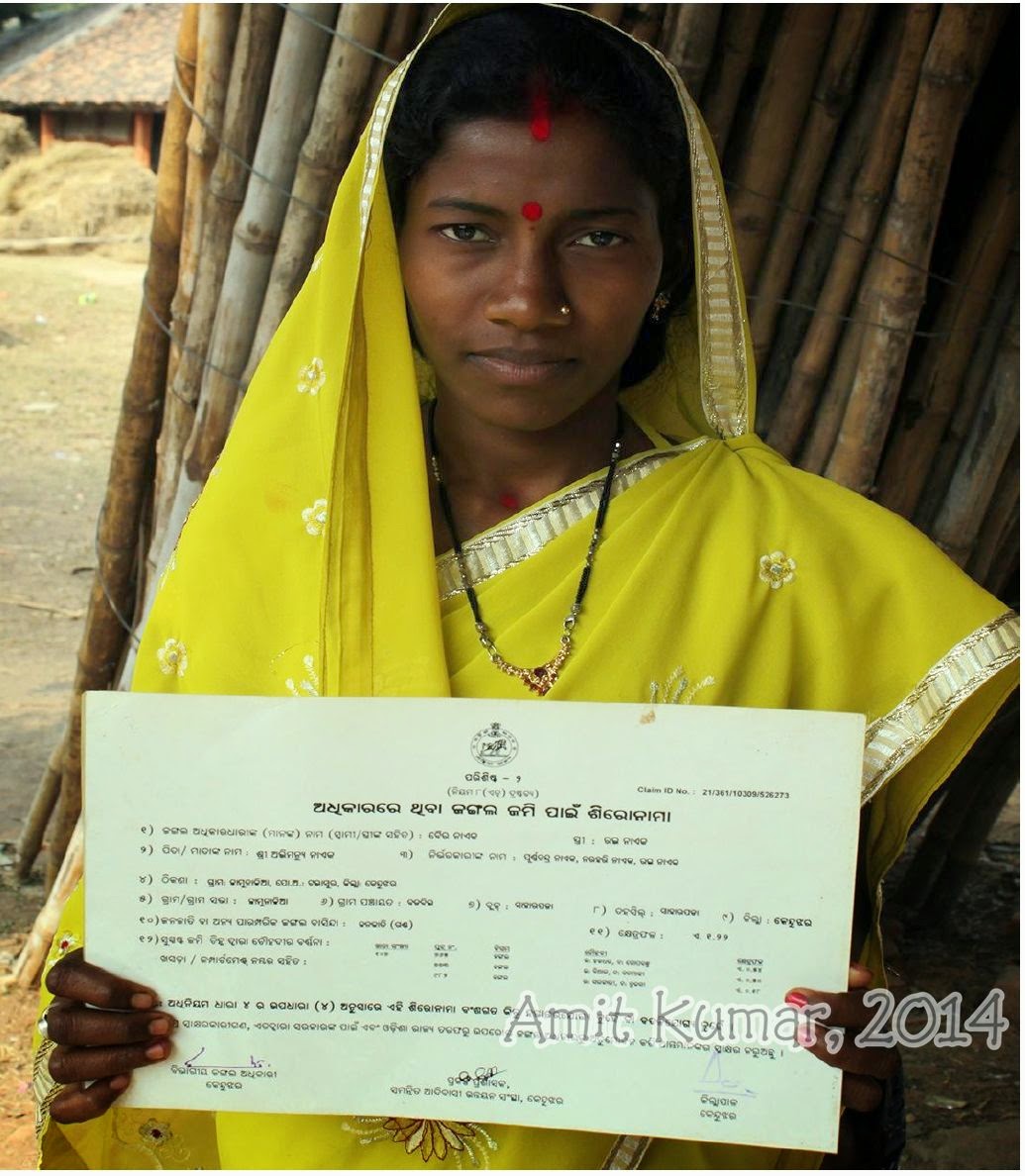 Ms Babita Nayak from Jamunaliya village in Badbil Panchayat in Mayurbhanj District, Odisha with  her patta or land certificate

The recognition of Community Forest Rights was moving at a snail-pace but CBO strengthening has added some pace into it. Gramsabha are getting proactive in meeting & processing the cases of forest rights. 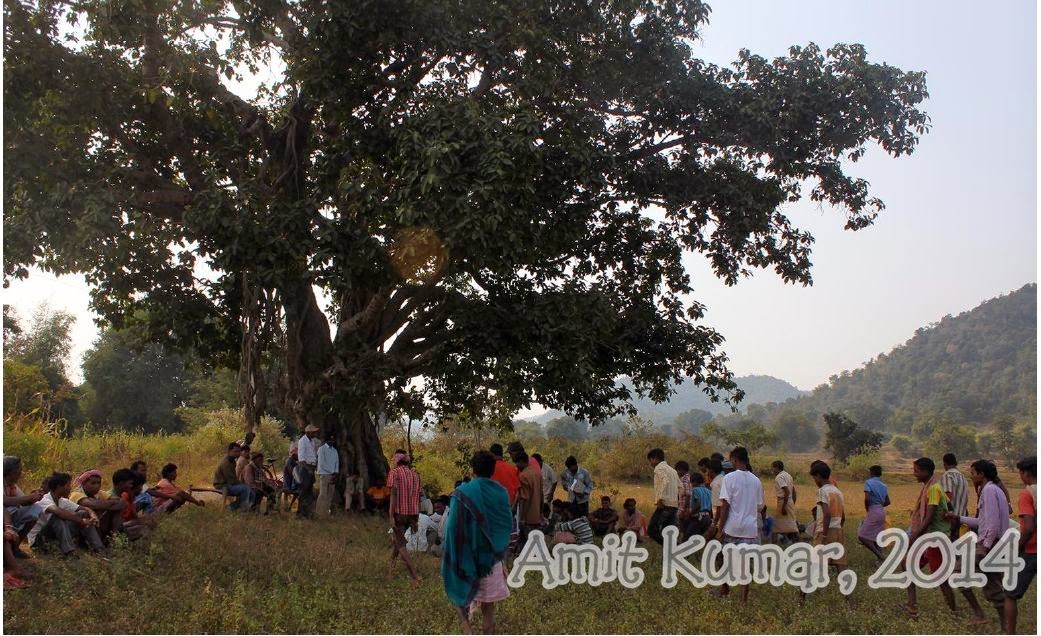 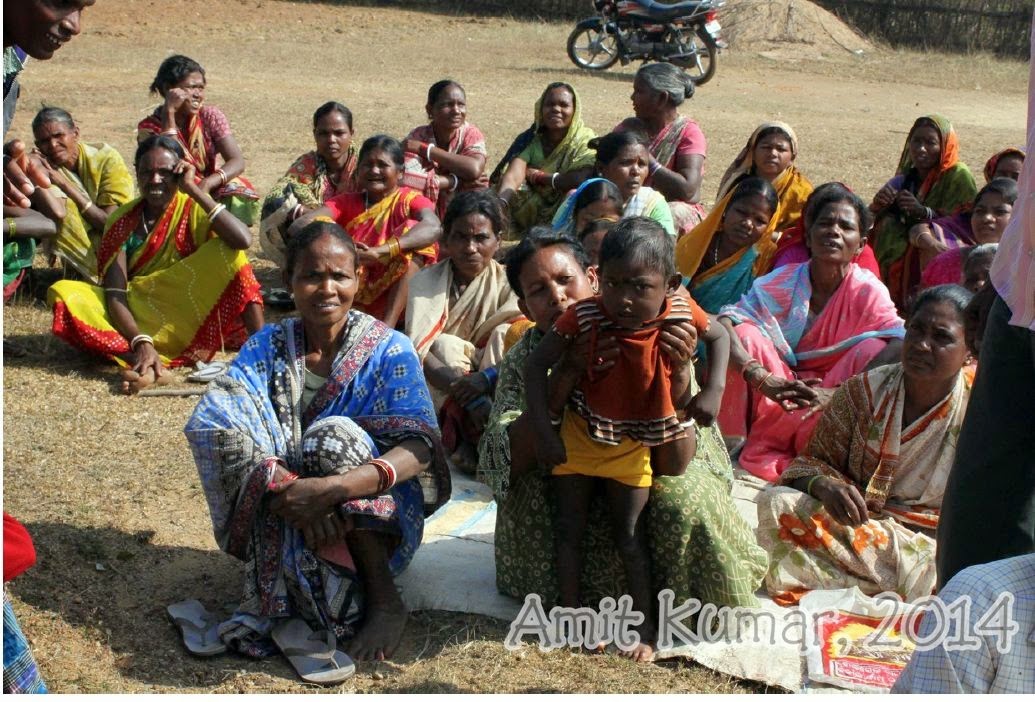 Women Participation in the Gramsabha meeting

I came across considerable potential of MGNREGA when i visited Baru Runju village on Rojgar Divas during Kaam Mango Abhiyaan and how communities are embracing it & how it is enhancing the livelihood security of the working poor in tribal Jharkhand. 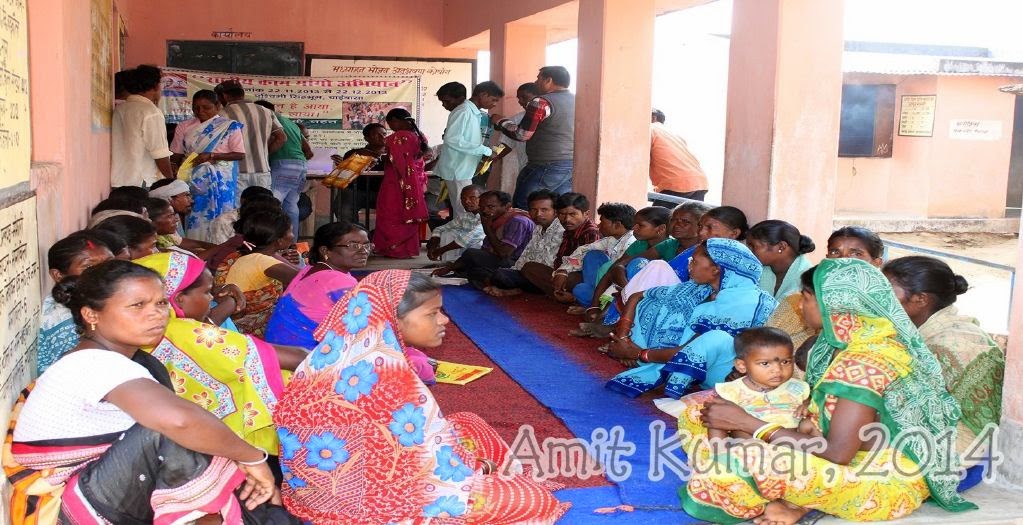 Women with their MGNREGA Job cards 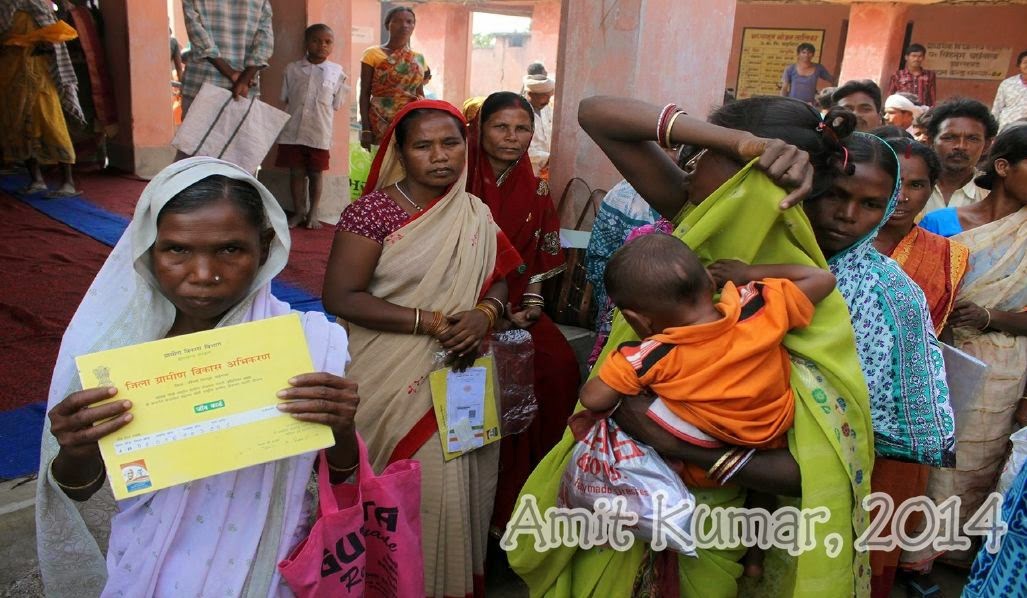 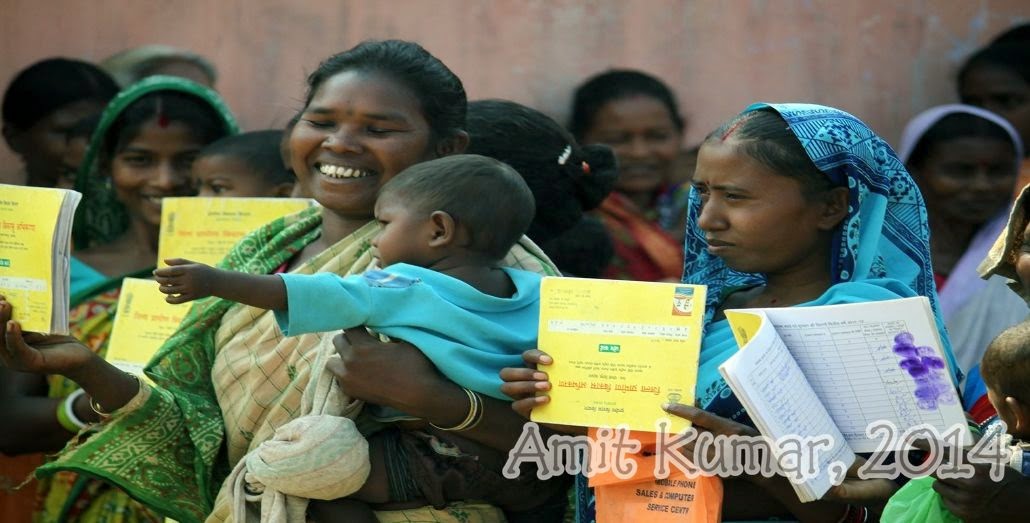 So MGNREGA is empowering the deprived, excluded, neglected section of society with dignity and respect beside improving rural infrastructure and agricultural productivity. 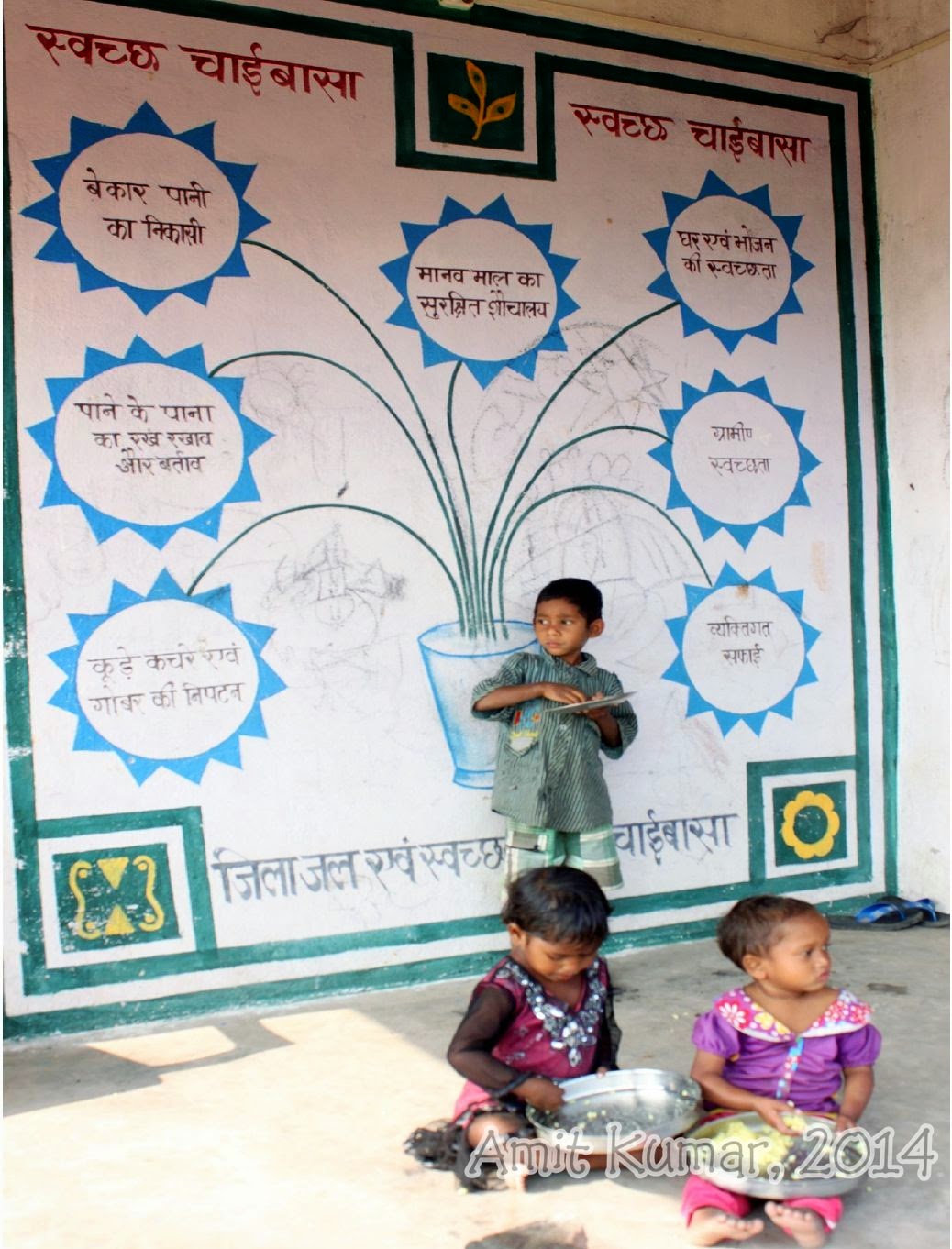 I have to say i am surprised that  in tribal areas of Jharkhand like this AWWs are working so efficiently and the credit for that goes to AWW workers who play their roles of teachers, doctors, and mothers so beautifully. 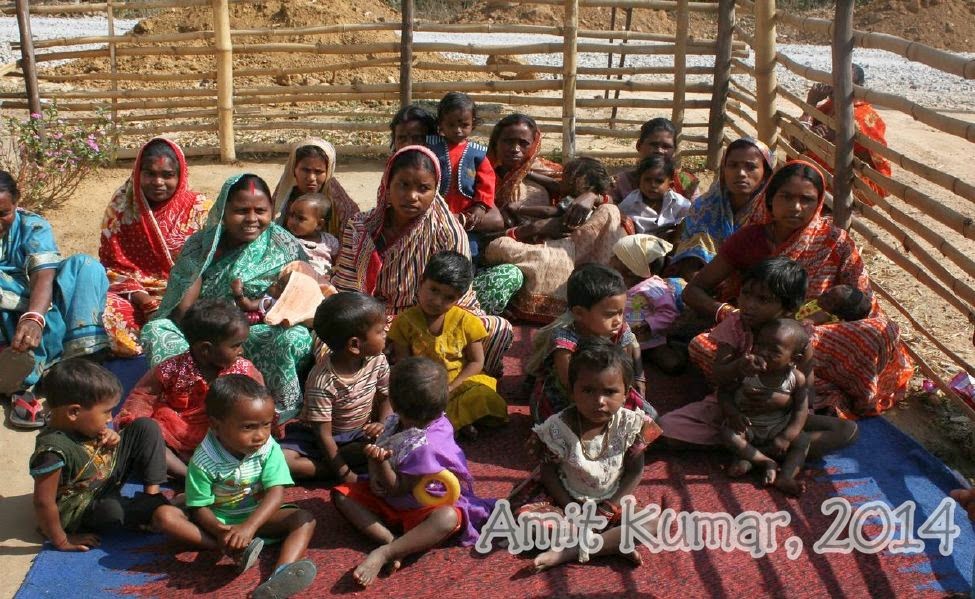 Anganwadis (AWWs) advocates for the importance of inculcating women health, nutrition, immunization, cleanliness and on high standards of hygiene issues. Presently the focus is on to strengthen counselling, to cut delays in registration of pregnant women & also awareness on family planning aspect which is quite weak.

The literacy rate in West Singhbhum district is around 60% according to 2011 census.In the last few years there is an improvement in the number & enrolment ratio of students in the middle schools in Jharkhand. Female literacy status was also good with boys to girls ratio 54:71 in school.The only concern raised by school administration was of shortage of teachers in the school which is the issue in other schools also. 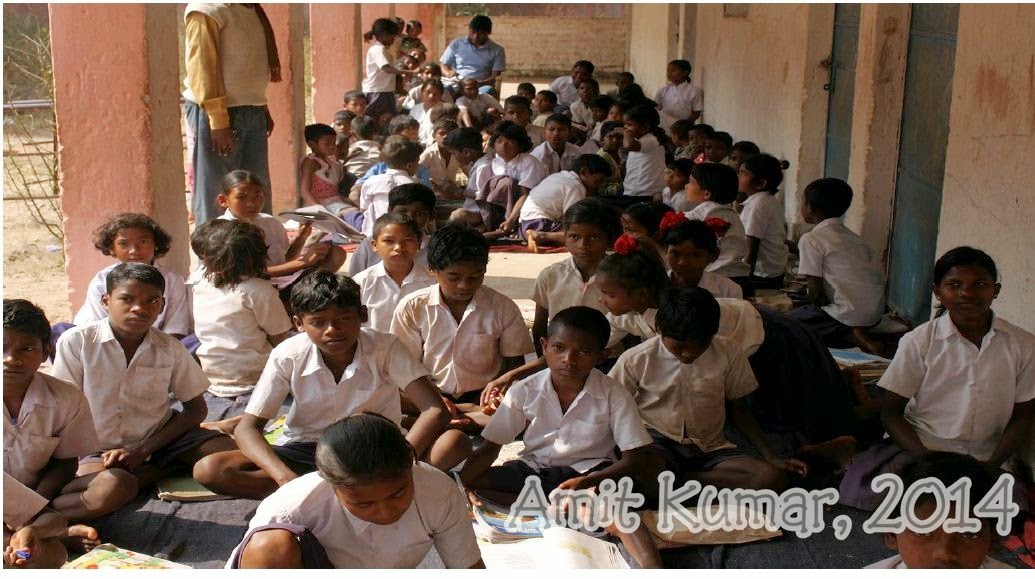 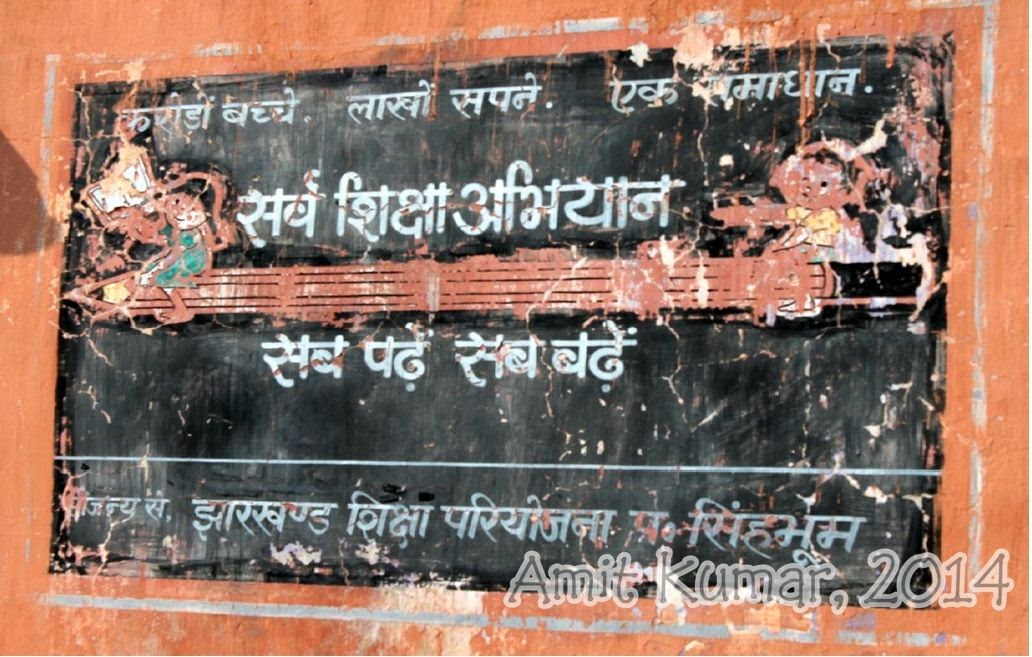 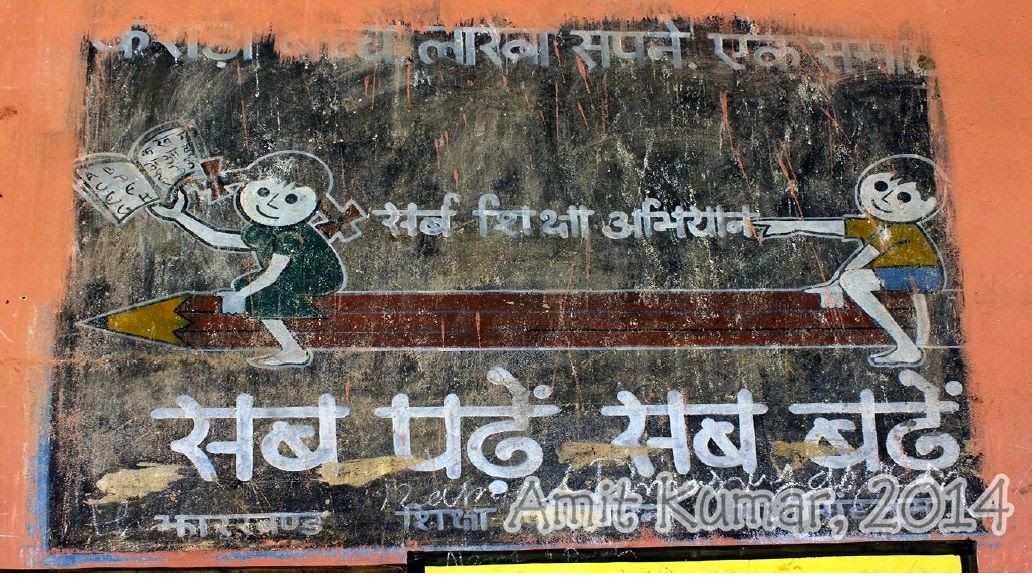 Poor socio economic conditions which are a major constrain to education access has been addressed by interventions of CSO, Gramsabha & also livelihood options like MGNREGA. 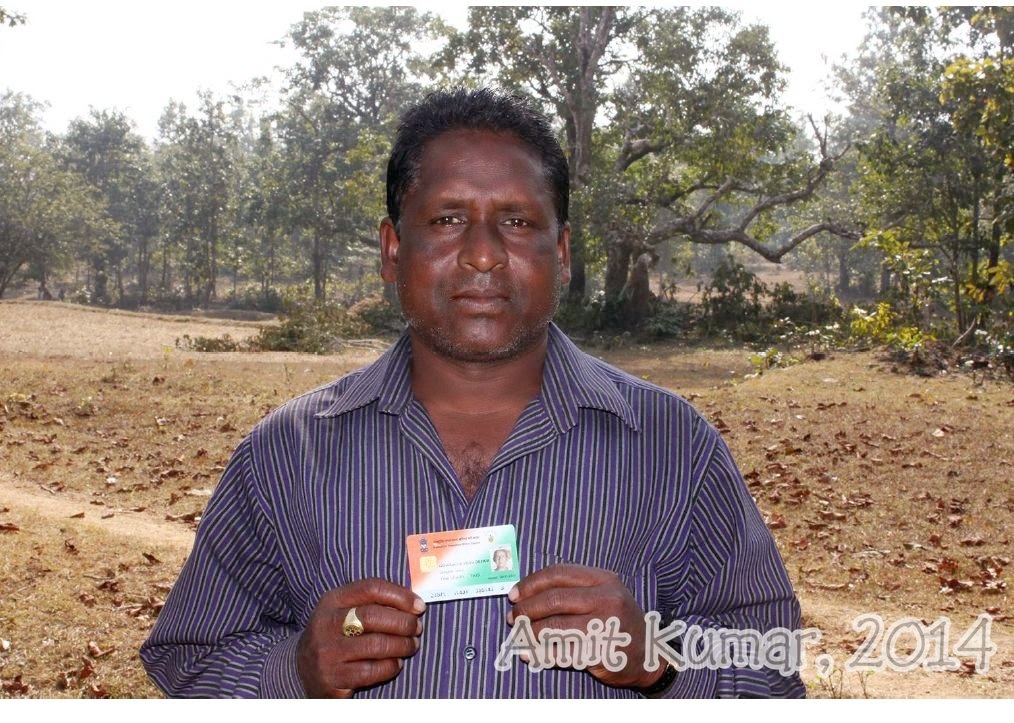 
RSBY success lies in effective awareness campaigns, high enrolment rates & better governance of the scheme through timely access to hospital care. RSBY is trying to improve the welfare of the poor and help fulfil the vision of an inclusive development path in the tribal parts of Jharkhand & Odisha that i visited.

The impact of RSBY was measured with respect to high enrolment rates, effect on access to hospital care, and financial protection offered to BPL families. RSBY scheme is constantly evolving in Jharkhand & Odisha with the interventions done by PACS & CSO to adjust the scheme based on the needs of the target group and requirements at the ground level.
Posted by Amit Kumar at 09:23